Picasso achieved true fame during the 1930s, when the collection La Suite Vollard was conceived. His first monumental retrospective exhibition was held at the magnificent Georges Petit Gallery in Paris in 1932, where Picasso exhibited 225 paintings, seven sculptures and six illustrated books. He had just turned fifty and the poor Spanish immigrant had managed to become an international star. Despite the Great Crisis, the prices of his early paintings broke records.

In this intimate graphic series for his friend, the gallery owner Ambroise Vollard we discover Picasso as a clearly timeless artist. The Vollard Suite, a cycle of one hundred graphics produced between 1930 and 1937, is divided into several sections: Miscellaneous, Study of the Sculptor, Battle of Love, Minotaur, Rembrandt, Blind Minotaur, Portraits of Ambroise Vollard. The Miscellaneous is the starting point. The motifs of models and also of young sailors, acrobats, a faun and a hydra, give way to a rather more complete series called the Sculptor’s Studio. The tranquility of this part of the cycle devoted to matters of art is interrupted by the works depicting the Minotaur. The Minotaur destroys everything the sculptor has created. In four works, the blind Minotaur is guided in the night by a young girl with a dove. Where to? Artistically, probably to Guernica. Four prints are dedicated to the art icon: Rembrandt. The last three graphics depict the recipient of the cycle, Ambroise Vollard.

His then lover and later the mother of his daughter Maya, Marie-Therese Walter, plays the main female role in the cycle. It is not surprising that Picasso’s role is that of a Greek sculptor. He alone could be compared to Phidias as a symbol of art, technical perfection and timeless form. The story takes place on the Greek island, possibly Crete, in the sculptor’s studio under a row of columns. The atmosphere is clearly sensual, naked actors, soft pillows; a still life with a bottle of wine, fruit and flowers, the view from the window is dominated by the silhouette of the mountains. The statues assume the rounded curves of a model, the fragrance of physical ecstasy flows between the transparent curtains and the crumpled sheets. Sex and works of art are clearly connected here. The Minotaur is Picasso’s new image, similar to the harlequin-clown of his pink period, as one who tells the truth. The Minotaur was a person in transformation, someone who was changing. Change is the passion and guilt of the title of the exhibition. 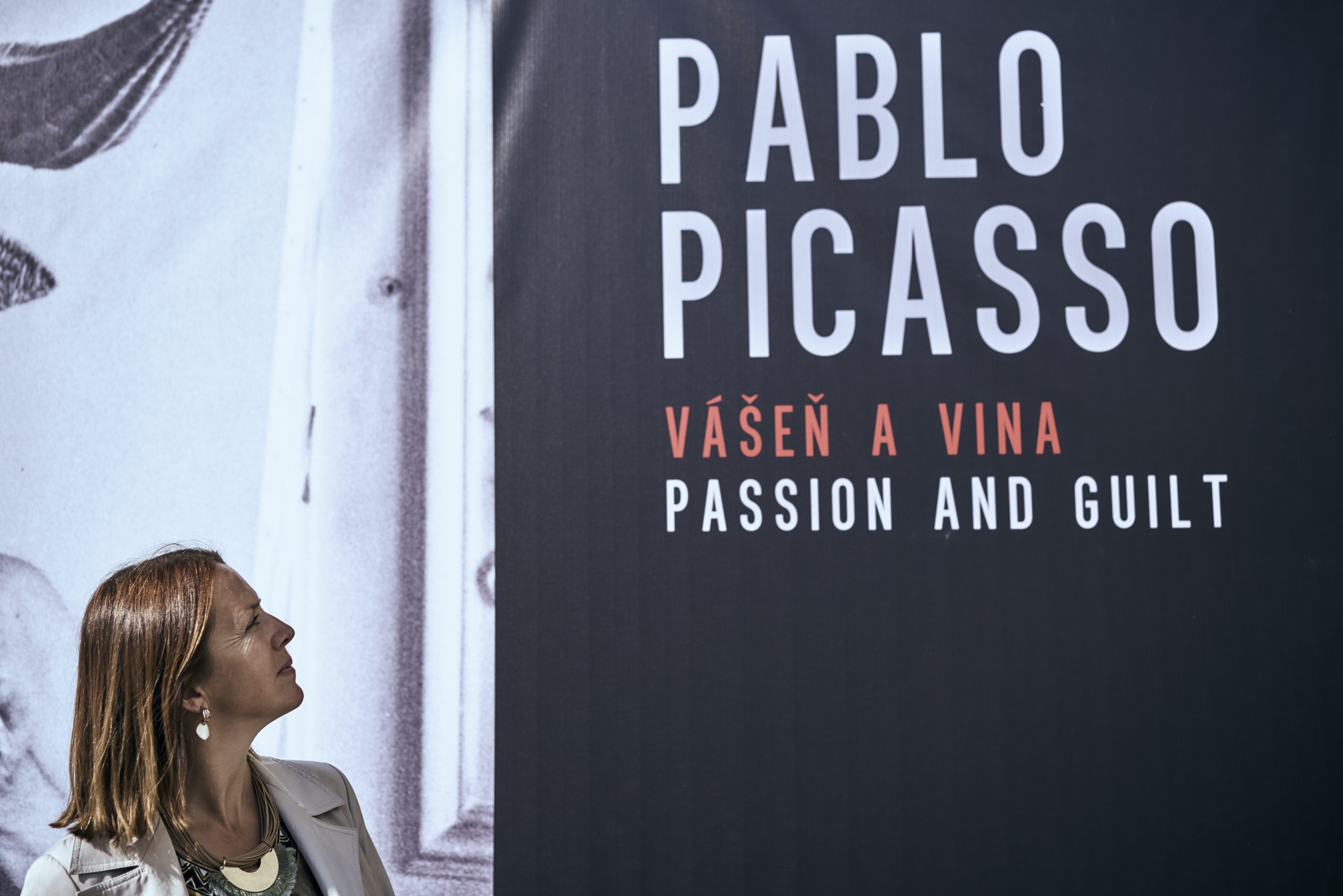